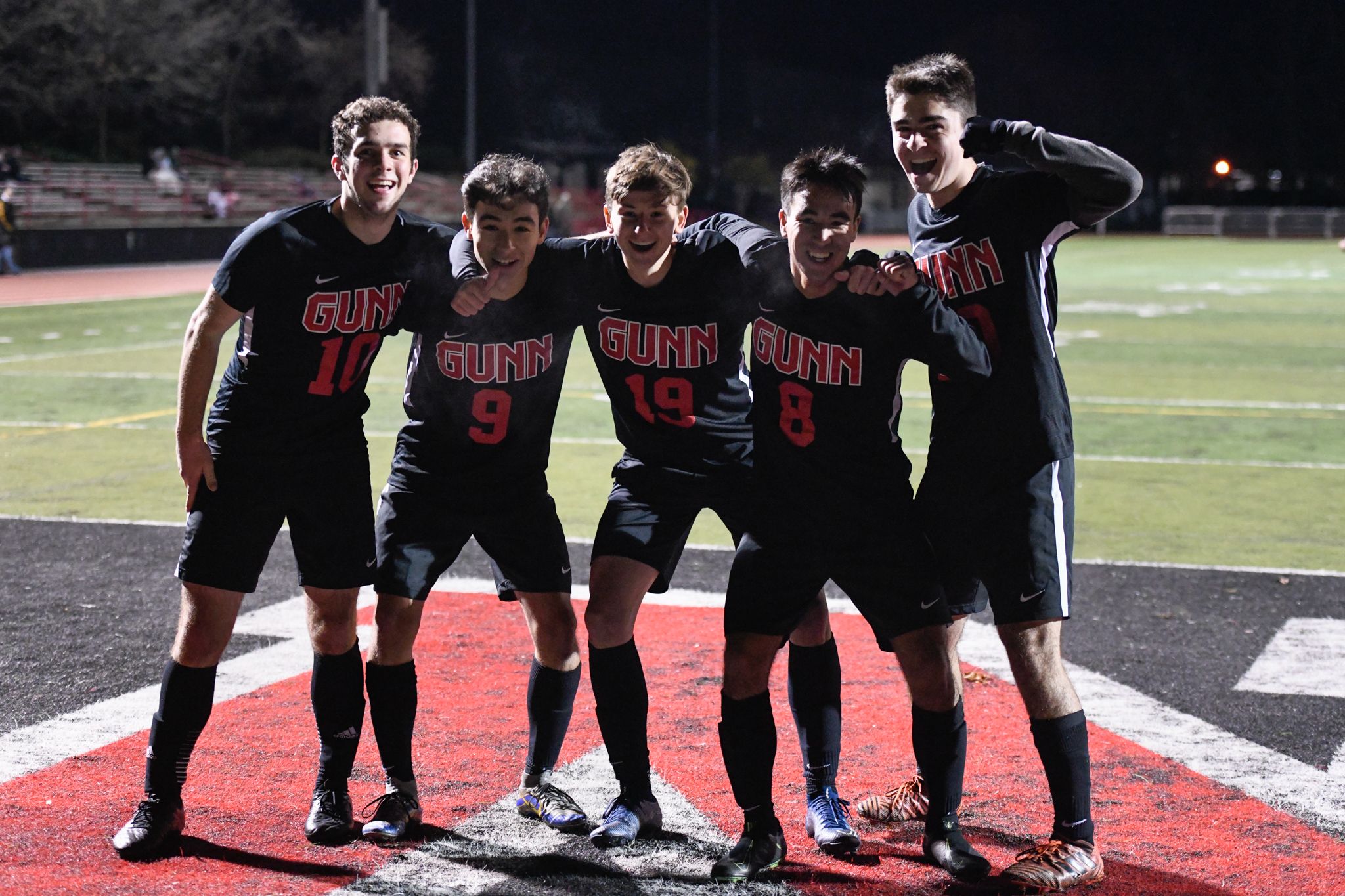 Congrats to this week's Honorable Mention Athletes Mikayla Silverman (Wresting) and Calvin Cai (Wrestling) on receiving recognition from Palo Alto Online on 1/22. This is the second time this month that Calvin Cai has received this honor.

Congrats again to last week’s Athlete of the Week, Ana Schremp (Soccer) on being recognized Athlete of the Week by Palo Alto Online on 1/15/20. The sophomore scored three goals to help the Titans open their SCVAL El Camino Division season with a pair of victories. She scored twice in a 4-2 win over Cupertino and then scored the only goal in a 1-0 win over Wilcox.

Basketball
A gym full of school spirit with packed bleachers supported our basketball teams on Saturday, 1/18 for the annual match-up against Paly, even though they are in different leagues. The games benefited both the Gunn Foundation and Paly’s Rise Together Education.

Golf
Boys golf has a meeting during lunch period in Room N107 this Friday, 1/24 for all those interested in playing. Any questions, please contact Coach Igler at migler@pausd.org.

The Boys Varsity team won at home against Fremont, 3-1. Freshman Kevin Landverde scored in the first half, while seniors James Hahn and Colin MacPherson scored in the second half. The Titans record improves to 4-0-1 in league (9-1-3). The boys JV team also won 3-0, with two goals scored by Leopold Arnaud, (4-1).

Wrestling
Boys wrestling attend the MidCals Wrestling Tournament held on Saturday, 1/18 at Gilroy High. Gunn finished 24th in the 68-team tournament. Calvin Cai at 145 placed fourth. Cai fell into the consolation round with a loss in the Round of 32 and wrestled his way back to the third-place match with five victories.

Girls wrestling attended the same tournament and came out placing 13th. Mikayla Silverman at 143 placed third. Silverman pinned her opponent in 45 seconds of the third-place match. Jalena Hertzler at 106 reached the semifinal round.

Gunn Sports Boosters asks families to consider a $250 participation donation each season that their Gunn student athlete competes, link below.

All athletes going out for a Spring sport must register at AthleticClearance.com. Athletes must also have a current athletic physical to start practice or tryouts. Most sports will start Monday 2/3/20.