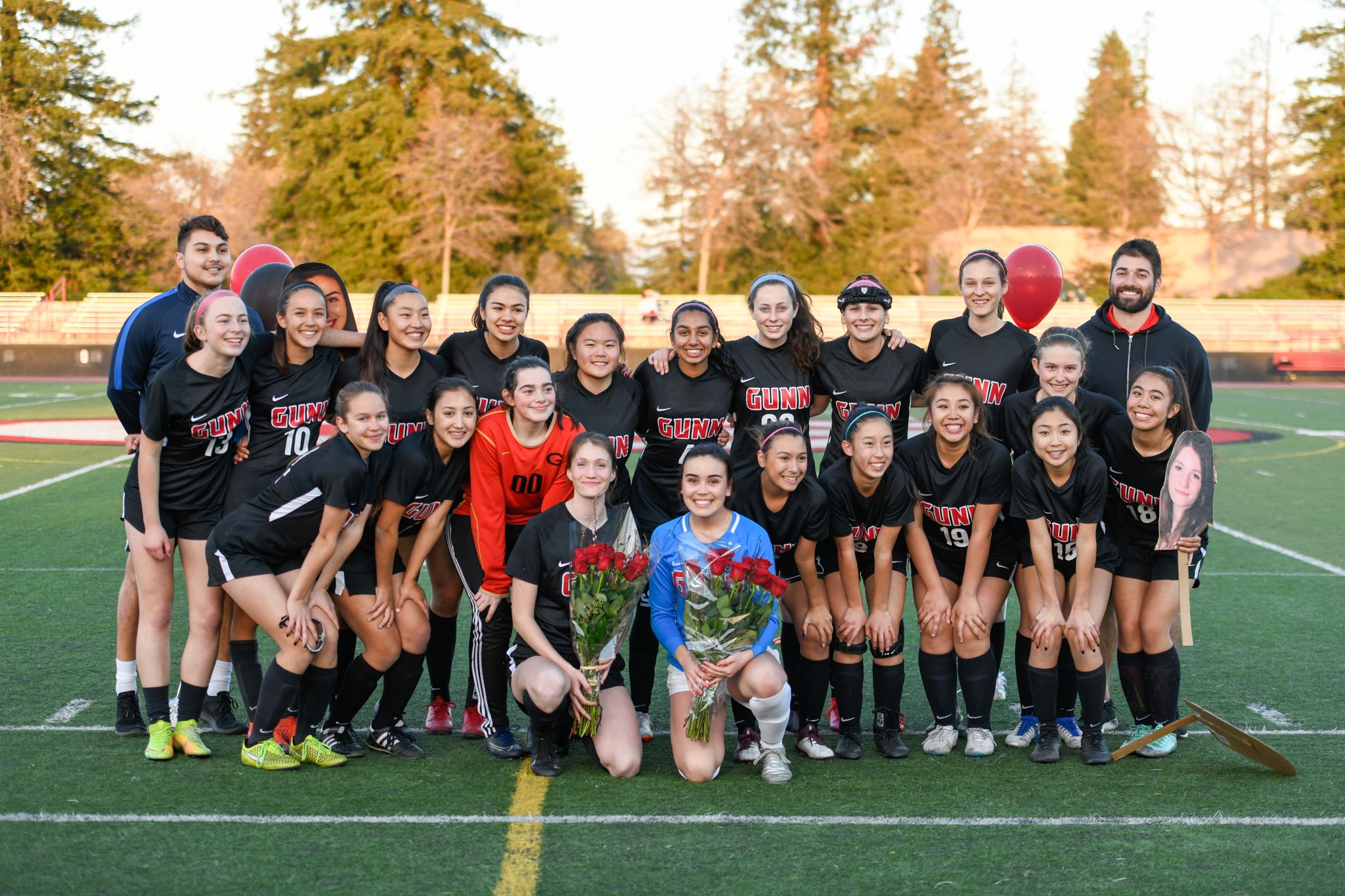 Congrats to this week’s Athlete of the Week Ana Schremp (Soccer) on receiving recognition from Palo Alto Online on 2/19. This is Ana’s second time to be honored!

Congrats to the boys’ varsity basketball team who are in the CCS Division II playoffs. First-round is on Friday, 2/21 at 4pm in San Mateo! Go Titans!

GIRLS’ and BOYS’ Varsity Soccer won SCVAL their title! Now on to CCS! Gunn, along with the rest of the qualifying teams, will find out who, when and where it will open Central Coast Section playoffs beginning Saturday at Thursday’s seeding meeting. The boys teams will be seeded at noon, followed by the girls at 3 p.m.

2/14 - Congratulations to the Gunn girls soccer team who clinched the Santa Clara Valley Athletic League El Camino Division title Friday, 2/14 with a 4-1 victory over host Lynbrook! Freshman Mia Steadman opened the scoring early, and sophomore Ana Schremp continued her strong season with three goals to put the game out of reach. Gunn senior Nicole Smith contributed on both sides of the field, with a clean sheet in goal for the first half and an assist as a striker in the second. Gunn leads the league in offense and defense, scoring 45 goals while only letting in 17. The rock solid defense has been led by Haley Parrett, Catherine Hsieh, and Sawyer McKenna.

2/14 - Gunn boys' Varsity soccer can make a case for CCS Division I after finishing its Santa Clara Valley Athletic League El Camino Division unbeaten. The Titans dominated league play and ended the regular season with a 2-0 victory over visiting Lynbrook on Friday, 2/14. Senior James Hahn, who recorded both assists against Lynbrook, led the division with 15 goals scored. He aided in goals by seniors Ryan Wang and Rayan Taghizadeh, both scored in the second half. Senior goalie Pierre Napaa made numerous saves to maintain a clean sheet for Gunn), which led the division in scoring.

The JV Boys’ and Varsity Girls’ and Boys’ earned a lot of medals across all three SCVAL tournaments, and a strong group will be continuing on to represent Gunn at the CCS (Central Coast Section) competition next weekend in San Jose, which determines who qualifies for the state championships at the end of the month.

At the SCVAL JV tournament, we sent five wrestlers and earned five medals.

At the SCVAL Girls’ Varsity tournament, we sent seven wrestlers and earned seven medals, and all girls qualified for CCS. The girls took 4th overall in SCVALs.